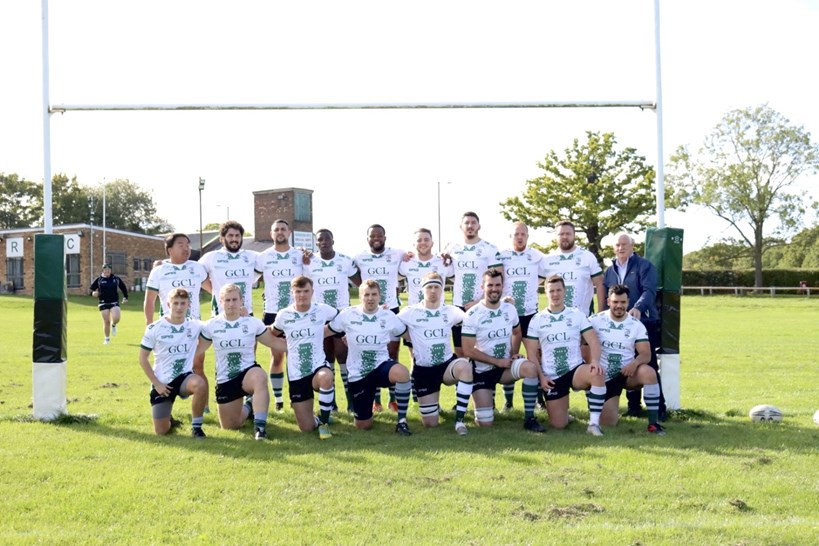 Hendon playing up the Copthall slope in the first half were ahead defending in the opening minutes until Hendon winger, Jack McIlroy, intercepted a possible Harrow try scoring opportunity to score for Hendon with Cian Hynes converting for a 7-0 lead.

Then following 15 minutes of defensive play, Hendon broke loose again with a backline move to be stopped short; Harrow then conceded a penalty taken quickly by scrum half Richard Roberts with Hynes finishing with a try out wide to go 12-0 ahead.

Hendon were then overrun by a continued attacking spree from the visitors during the concluding 15 minutes of play in the half by conceding a penalty and three well worked tries to go behind at 12-22.

Positional changes were then made by Phil Smith, Hendon’s Head Coach just before half time which paid off with Roberts on a blind side run to Hynes with Chris Kiyingi charging from deep to score under the posts a Hynes converted try to put the home outfit back into contention at 19-22.

Into the second half, Hendon forwards Mike Culhane and captain Nick Andrews alongside two fine runs by JT Moncher and Ciocan Dragos saw the offensive taken to Harrow. But an attacking error allowed the excellent Harrow winger to collect the ball on their 22 metre line and run the length of the pitch and score against the run of play 19-29.

But Hendon went straight back on the attack ending with a try from second row forward James Yuille who collected from a 5 metre line out to crash through the Harrow defence to close in at 24 -29 on 20 minutes.

After the restart Harrow conceded a mid-field penalty kicked long into the bottom corner by Hynes with Kiyingi opening up play  allowing replacement winger Seb Ross to score to draw the scores at 29-29.

With just five minutes left it looked like the next score would be the winner and Harrow looked the most likely team to take the 5 League points as another long penalty kick from Hendon was turned from defence to a scoring try to take Harrow into the lead 29-34.

But to the home side's credit with a minute left to play Hendon were on the Harrow line as Hynes collected a long pass from McIlroy to score in the corner with the conversion going just wide to conclude this exciting League match with a deserved 3 League points to both Clubs.

Head Coach Phil Smith said after the match "our games against Harrow have always been close and hard fought and this was no exception. Quite early on we were disrupted by injuries to three starting forwards but our replacements contributed really well and I was pleased that we kept going to the final whistle."

This Saturday Hendon will be entertaining Finsbury Park in a re-arranged League match from early September.