The annual John Ryan Memorial Day brings together Hendon players, past and present, along with their friends & families to celebrate long standing friendships formed at this great rugby club of ours, whilst celebrating the memory of one of Hendon RFC’s greatest players, Number 9’s and coaches.

Since 2015, The John Ryan Trophy match has been contested by a (self proclaimed!) Hendon Legends XV and a Club XV. This match provides the opportunity for a lot of fun, some hard rugby and the opportunity for bragging rights in the bar afterwards. However, there is a serious side to day, which involves raising awareness and money for Motor Neurones Disease Association and this is led by Johns wife Jackie Ryan and his family.

In December 2008, John was diagnosed with Motor Neurones Disease which is a fatal, rapidly progressing disease which affects the brain and spinal cord. It attacks the nerves that control movement and eventually leaves people unable to move, communicate or breathe. It kills a third of people within a year of diagnosis and half within two years. John remained heavily involved in Hendon Rugby throughout his remaining years and he passed away peacefully at home on 21st April 2015 surrounded by his family.

John Ryan achieved a huge amount as a man of Hendon RFC, he inspired several generations of youth and seniors to fall in love with and continue playing the great game we call Rugby. He was not adverse to leading festivities after the matches finished either.

For details on the next John Ryan Memorial Day, keep an eye on the Hendon RFC website and/or it's social media channels. 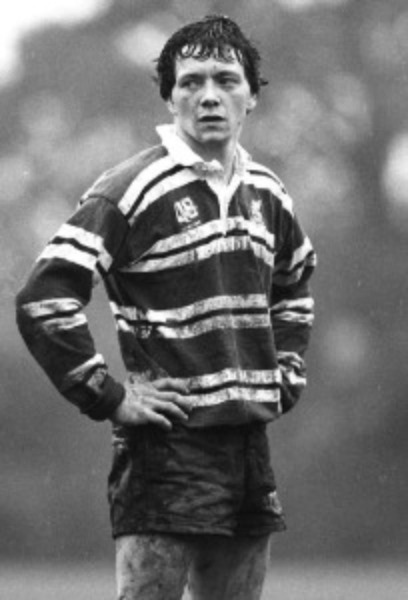 The John Ryan Memorial Game is held in aid of:

The MNDA are a membership organisation with over 9,000 members forming a powerful national and local network that provides information and support.

They have over 7,000 active volunteers in England, Wales and Northern Ireland and around 170 paid staff, all dedicated to improving the lives of people affected by MND, now and in the future.

A world free from MND

They improve care and support for people with MND, their families and carers.

They fund and promote research that leads to new understanding and treatments, and brings us closer to a cure for MND.

They campaign and raise awareness so the needs of people with MND and everyone who cares for them are recognised and addressed by wider society.

People with MND, their families and carers are at the heart of everything they do.
They collaborate, and value everyone’s contribution.

They achieve excellence through personal commitment and ongoing improvement.

They respect and respond to people’s diverse needs, backgrounds and views.

They achieve their aims through building open and transparent relationships.