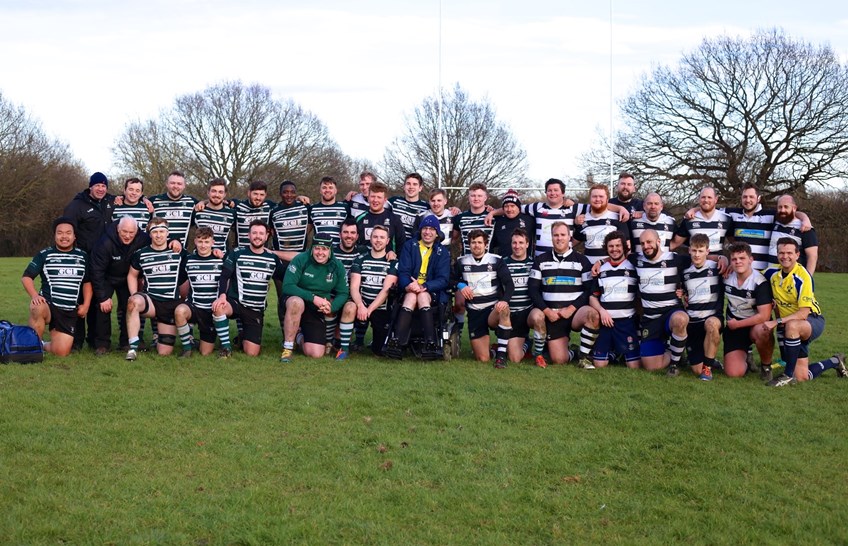 Hendon Young Guns fire the shots with the Regulars.

Both Clubs had to field either 2nd team players or for Hendon students stepping up to replace absent regulars; “I was delighted with the performance of our young lads, Charlie Scarr, Dobbie Wildman, Ted Arnold, Josh Lowes and  Kan Cheng” commented Phil Smith, Hendon’s DoR. “ especially in the backline with four experienced players not available, these young lads stepped up and fitted in well and represent the future of our Club as we look forward to continue our progress in this League”.

The match commenced with Royston taking an early lead after a defensive error allowing the visitors to score a “soft” converted try to take an early lead 0-7. Hendon immediately responded as JT Moncher sped through the midfield offloading to Dobbie Wildman with returning player Harry Charles scoring his first try 5-7. Play now belonged to the Home outfit as stand off Rob Casey created the next opportunity with Wildman in support to offload again to Charles to score again and Hendon were in front at 10-7 after 10 mins on the clock. Midway through the 1st period Hendon Captain Mike Culhane opened up the Royston defence then releasing Charlie Scarr to score out wide 15-7. Hendon were now in control as another surging run by Moncher gave Hendon a further try at 20-7. But a spirited Royston response to the Hendon 22 as Hendon conceded an offside penalty slotted over by the Royston Fly Half 20-10 on the half hour. Hendon again responded this time with Back Row player Conor Bowler scoring with Josh Lowes taking over kicking duties to convert his first of many tries 27-10. Hendon were back in Royston territory with a Royston scrum on their 22 resulting in a great push from the second row players of Culhane and Ted Arnold allowing Nick Pope at hooker to pull the ball back with flanker Harry Charles picking up to crash through 3 defenders to score in the corner for a 32-10 lead at half time.

Hendon into the 2nd half with wind and slope in their favour were now on the front foot and although Royston put up a spirited defence they were no match against a dominant Hendon outfit. Another score by Charles after 5mins was followed  with further tries by Moncher for his 2nd and an excellent backline move finished off by Lowes to convert his own try for a 49-10 lead. Then followed from the restart an individual effort from Casey as he collected to run from the Hendon 10 to the Royston 22 with again Man of the Match Charles in support to take the pass and score a  Lowes converted try at 56-10. Into the closing quarter further scores followed from Rossa Dooley, with another great game in the Line Out, Chris Kiyingi from a pushover, both converted by Lowes 70-10. The game finished with Charles scoring his 5th try at 75-10 as Hendon recorded 13 touch downs to claim 5 League points to maintain a 2nd place in the League.

Hendon will be back in action on March 5th with a home match against Hitchin; The Copthall Club recorded a most successful weekend of Rugby with the 2nds winning their Merit League match away to Harpenden and on Friday night the Hendon Vets beating Hampstead Vets to reach the semi Final of the Middlesex Vets Cup. 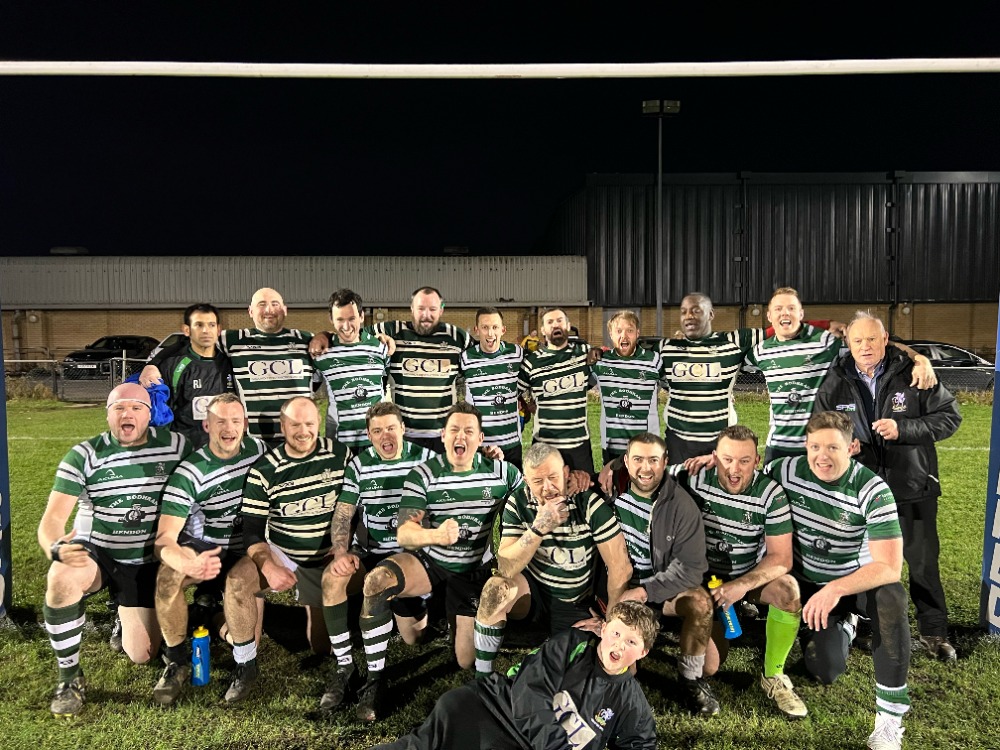 Hendon were away to Hampstead in Friday night’s quarter-final cup tie but as the home team did not have a floodlit pitch, so the game was played at Haringey RFC. Once the team had contended with London rush hour traffic it was onto the business of the match. Despite 24 players being unavailable Hendon still managed to field a 20-man squad with big efforts from Ben Linale who flew over from Ireland and Terrance Gilbride making the journey up from Devon.

Hendon dominated from the start with strong forward running from Cosmos Mutuma and Tony Connor punching huge holes in the Hampstead Vets defence. After which Hendon scored 2 early tries with Buzz scoring in the corner, after some slick hands from the backs and JP Cremin after a well finished snipe from the base of a ruck. But if Hendon thought the game was going to be a walk in the park they were given a shock after Hampstead scored a well-executed catch and drive deep in the Hendon 22 in quick reply. Although they kept Hendon honest, Hampstead never crossed the line again due to some great tackling from the likes of Luke McEnemy and others in the tight.

It was after a great defensive set that Cosmos Mutuma turned the ball over which was moved wide to allow Buzz to score again.

After some more strong power running from the forwards followed by slick handling from the backs, Steve Carruthers scored a well worked move in the corner.

The Second half saw more tries from Buzz who completed his hattrick, Michael Blake and Daniel Hayes who ran in under the post after beating several defenders. Which rounded off a convincing but hard-earned victory. Co-Captain Cosmos Mutuma had this to say "The Vets management are proud of what the guys produced today and the effort in general of the players to make themselves available. A lot of the guys travelled a long way so they could pull on the Hendon RFC Jersey one more time. We also wanted to thank our support today which was incredible. We had current players, past players and a few from the Ladies team come and cheer us on which really lifted the players."

In the semi-final Hendon will play Chiswick on Friday 4th March 2022 (venue TBC).