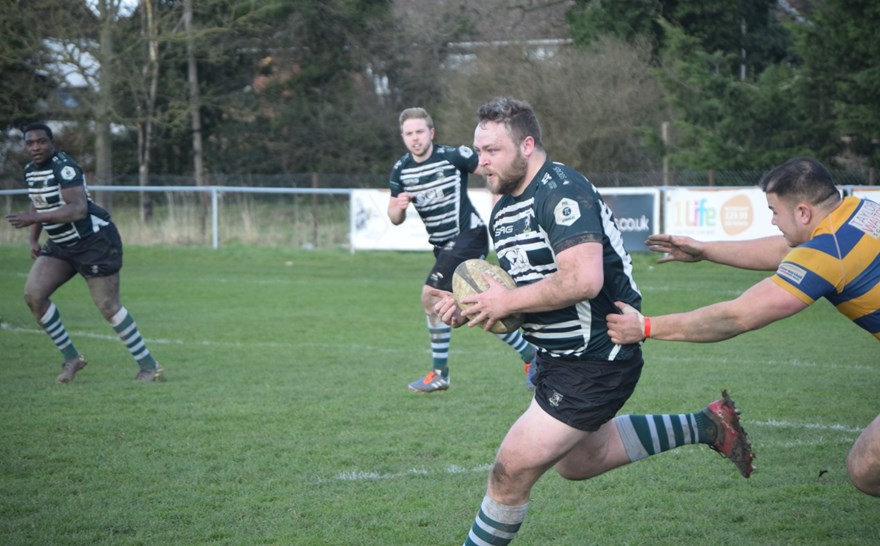 Due to the drought and consequential very hard rugby pitches, especially in North London, Hendon Rugby were forced to postpone their warm up matches and, with League approval, their first two League games. This  resulted in this being the first contact rugby game being played as a scheduled league match against West London opponents Wasps FC. On the other hand Wasps had the benefit of two League matches before visiting Hendon as well as a warm up game.

Phil Smith, Hendon’s Director of Rugby and Head Coach was full of praise for his team  saying “after not being able to have contact training, I was pleased how the team performed. Non-availability resulted in an understrength squad and players being out of position for this opener, I was enthused how the boys rallied although we suffered the loss. My special thanks as well go to Vets players Dave Connell and  Pat Short coming into the squad at very short notice. Thank you also to Match Day Sponsor Life Vice President Gary Buttle for his support.”

The opening minutes saw Wasps' forwards drive down the slope into the Hendon 22 resulting in a pushover try 0-5.

Hendon continued for the next 20 minutes to be under pressure and although a run from defence by Chris Kiyingi looked positive, passing went astray resulting in a converted try from another pushover by the heavy Wasps pack, 0-12.

However, after 30 minutes Hendon’s rusty start was overcome with a run through the Wasps defence. Dragos Ciocan setting up a maul on the Wasps' 22 led to quick ball out by scrum half Rich Roberts to Kiyingi on a burst from deep to score for Hendon converted by Robby Burrell. The home outfit were on the scoreboard at 7 points to 12.

But then Wasps responded powerfully and re-camped in the Hendon 22 resulting with another pushover try in the last minute of the first half to go ahead 7 points to 17.

Into the 2nd period, Hendon’s backline were in action with Rob Casey and Ciocan combining to put Hendon into the Wasps 22 with one move resulting in Burrell scoring in the corner to come back to 12-17 after 10 minutes play. However, Hendon had not quite got rid of the cobwebs and Wasps were again in possession to breach the Hendon defence to score to go further ahead at 12-22.

But new Hendon Captain Nick Andrews rallied his troops commencing with pushing the Wasps forwards backwards in a defensive scrum resulting in a Hendon maul on the Wasps' 5 metre line giving quick ball to scrum half Roberts and then a cut out pass allowing Andrews to collect and score a Captain’s try out wide. Hendon had closed the scores to 17-22 with minutes left to pull off a possible comeback. However into last play Hendon to their credit were attacking from defence but the match ended leaving Hendon with a single League bonus point for their first match of the season.

Nick Andrews said "for my first match as Captain it has been an interesting week as we had 1st team squad players who could not play because of work and family commitments. However, as Phil said those players who did step into the breach including our two vets Dave and Pat did me and the club proud. I am now looking forward to welcoming back the missing players and to a good turn out at training on Wednesday before our game on Saturday away at Tabard."