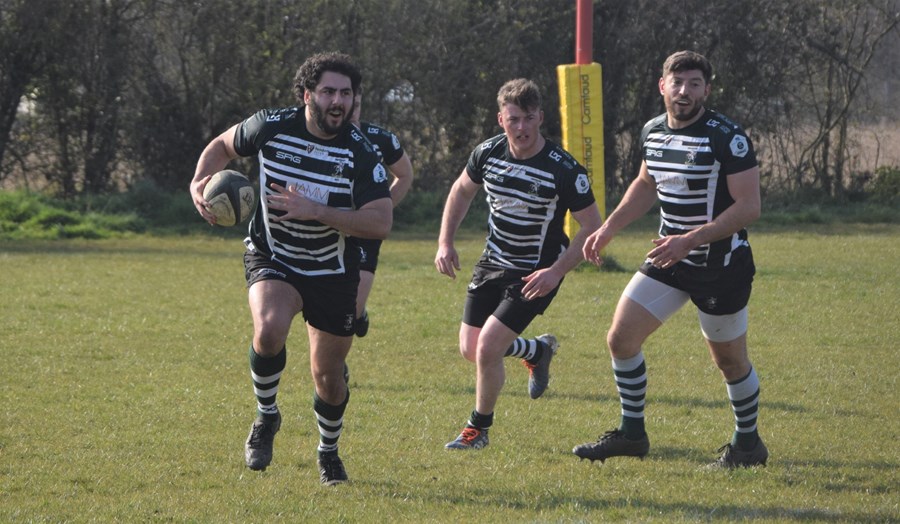 Captain Aidan Power was able to select a full 2nd team squad unlike previous weeks when some 2nd's players had been selected for 1st team duty. This was not the case on the day as Hendon 1st XV had a bye week in the League.

He commented “The whole team contributed to our best result of the season and the result just shows the benefit of my squad not only being able to train on Wednesdays at Saracens StoneX Stadium with the first team players but also the experience of some playing at a senior level over the last few weeks."

From the opening whistle, Hendon broke through the EUC defence for Josh Lowes to score the 1st try converted by Mohamed Faiz (Faz) 0-7. EUC reacted immediately with their heavier forwards camping in the Hendon 22 but strong defence by the visitors kept the home side from repeated attempts to score until Harry Charles  made an individual run from halfway to score a Faz converted try for a 0-14 lead after 15 minutes. With driving mauls coming from Finnin Brosnan and captain Power, leading by example, Hendon were back in attack with their back line coming into play to finish with another try this time by Johnny McCarthy scoring out wide on 30 minutes 0-19.

Into the second period Hendon now had the slight slope and with wind in their favour and it was not long before a long penalty kick to touch was won in the line out with Prop Paul Julian leading the onslaught allowing McCarthy to score again with Faz converting 0-26.

EUC continued to set up further forward mauls but errors occurred and Hendon were able to kick from defence to set up a scoring opportunity that Charles duly completed to score again another Faz converted try 0-33 after 10 minutes of second half play.

Next on the scoresheet was returning player Adam Johnson to score on the wing after collecting a long ball from scrum half Ross Williams; Johnson, although lacking match fitness, still ran through three defenders to score as Faz converted to give Hendon a 0-40 lead.

The home outfit still maintained the pressure as midway through the period their forwards kept a tight hold on the ball to maintain position on the Hendon try line and were awarded a penalty try after Hendon were adjudged to have collapsed their drives 7-40.

Into the closing minutes a charge up-field by front rower Larry Moore led to Charles scoring his hat-trick of tries as Faz duly converted 7-47.

Up to final whistle, EUC still pushed for a score but the Hendon defence line held good  to allow another breakout by Hendon’s backs with Lowes scoring the final Faz converted try for the impressive 7-54 victory.